Blackpool and Lincoln City head to Wembley on Sunday for their League One Playoff Final for the chance of promotion to the Championship. Blackpool beat Oxford 6-3 on aggregate in their semifinal while Lincoln were 3-2 winners over Sunderland in their semifinal. There was very little between the sides over the League One season, Blackpool won 23 of their 46 matches, drawing 11 and losing 12 while Lincoln won 22, drawing 11 and losing 13. It’s going to be a fascinating watch, let’s see if we can squeeze some value out of the betting markets here. 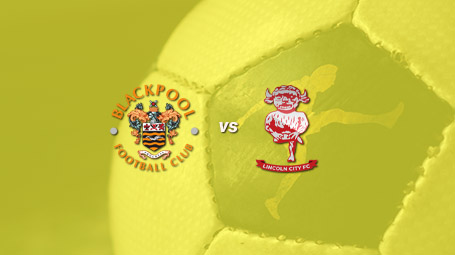 At first glance on the Bet Dynamo Insights Page there doesn’t seem to be much value here at all but we might find an opposing bet as we delve deeper into the stats. One thing to note already is that both teams have pretty low stats regarding goals scored. Blackpool scored 60 over their 46 league matches, Lincoln scored 69, both were the lowest of the top seven. Indeed, Blackpool’s 60 goals was beaten by Rochdale (61), who were relegated. Blackpool’s success though can be put down to a strong defence, the Seasiders conceded just 37 goals this season, the lowest in the league, Lincoln conceded 50.

We can see here that Blackpool only scored a First Half goal in 41.67% of their home league games this season while Lincoln scored a fairly-healthy amount of 62.50%. If we adjust these stats to include both home and away games, since this match is being played at Wembley, we can see that Blackpool scored 27 FH goals over 46 games, an average of 0.58. Lincoln scored 23 over their 46 total matches, an average of 0.5.

Looking at Blackpool’s five most recent league encounters, they’ve actually scored six FH goals while Lincoln have netted a total of two First Half goals over their last five matches. The stats would suggest that Blackpool could open the scoring here. You can bet on Blackpool to Score First at around 1.91 with a few bookmakers at the time of writing. If you think they’ll take a lead into Halftime you can bet on them to Win the First Half at odds of around 3.0

Both teams have recorded pretty high amounts of Total Corners over the season with Blackpool’s home matches averaging 8.96 corners and Lincoln’s averaging 10.54 and with this being a final where promotion is on the cards we’re likely to see plenty of attacking football as the game progresses. You can get Over 9 for around 1.85 at the time of writing but we’d recommend waiting for about 15 minutes to elapse and grabbing better odds.