Fifth placed West Ham face Everton on Sunday afternoon in the Premier League. The Hammers are desperately chasing Champions League football and sit just three points behind Chelsea in fourth at the time of writing. Everton are below them in eighth and while the last of the European places is possible their form would put it in serious doubt. Let’s have a look for some value bets for the Premier League matchup. 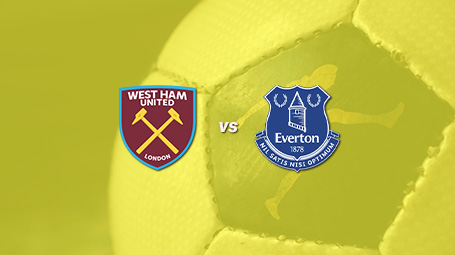 West Ham’s form has seen them winning three of their last five Premier League matches, losing the other two. At home they’ve also won three of their last five, drawing and losing one apiece. Everton have only won one of their last five in the PL, drawing and losing one as well. Away from Goodison Park they’ve won three, lost one and drawn one. The bookies have West Ham as the favourites here thanks to their better form of late but they’ve not been bet into odds on prices as of yet and, indeed, they’re unlikely to go below Evens (2.0) before kickoff on Sunday afternoon.

With both teams only having failed to score in just 12% and 19% of their respective home/away games we should be in for goals here. We have a few ways to exploit this fact. We can either Lay the Halftime Draw and cash out when a goal is scored, or Lay the HT 0-0 scoreline or hold on until Halftime and then Lay the Draw for the remainder of the match until a goal is scored. Indeed, you can even Lay the Draw from kickoff if the price is right for you. This really comes down to the type of football bettor you are and there are multiple ways to exploit such stats.

West Ham have scored a total of 13 goals over their six most recent home games and are averaging 1.71 per home Premier League games. Everton’s scoring record of 1.38 looks decent but we should be cautious here, the Toffees have only scored four goals over their last five away games and have only scored five over their last five home/away games. With those stats, this looks like it should be a home win for David Moyes’ Hammers over the club where he made his name.