With 10 games to go in La Liga Atletico Madrid sit four points ahead of Barcelona. They’ve lead the league for most of the season and with that cushion of four points you’d expect them to land the title again. Barcelona though have been gaining ground over the last few months and you have to feel that if there were 15 or 20 games left then they might be able to pull it off. Sevilla are 10 points ahead of Real Sociedad in fifth and so long as they can stay in the Champions League places will be happy enough to ride out the rest of the season. Let’s have a look for some value in the betting markets for this Sevilla vs Atletico Madrid La Liga match. 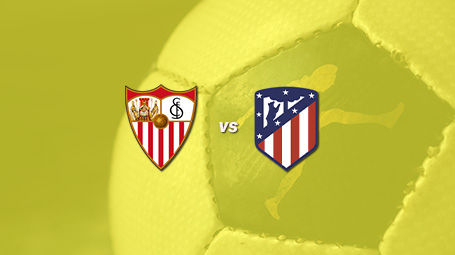 From our Bet Dynamo Insights software it doesn’t look at first glance that there’s going to be much value in this La Liga match but if we look further into the stats we’ll be able to find one or two opportunities. Let’s have a look at the form first. Sevilla have won two of their last five league matches, drawing one and losing two. Looking at just their home matches, they’re in better shape having won four and lost one.

Over their five most recent meetings, in all competitions, at the Estadio Ramon Sanchez Pizjuan Sevilla have won two, Atletico one and two have ended in a draw. Only two of those matches saw Over 2.5 goals landing while four saw Both Teams to Score occurring.

At the time of writing the odds for a First Half goal aren’t great, however we can see that both teams have a decent record of scoring in the FH of matches with both scoring 50% and 54% respectively. Four of those five previous meetings mentioned above saw at least one FH goal being scored. As in the first image above, there’s an implied chance of 63% for a FH goal, you’d expect odds of at least 1.59. Adding in the bookies’ overround, you’d need to wait inplay until the odds were at least 1.75 before we have any value. Really though, you should watch the game and if it starts off feisty then hold until the odds reach at least 2.0 before parting with any cash.

For the more cautious among us you might just prefer to wait until the second half before getting involved. We can see from this image that Sevilla are averaging 0.86 goals per home second half while Atletioc are averaging 1.0 goals per away second half. Should the match be 0-0 or 1-1 at halftime then one way to exploit this would be to Lay the Draw or back Over 0.5 or Over 1.5 goals depending on which one offers the better value.