The Bundesliga title race is either going to be setted on Saturday night or it’s going to be blown open again depending on the result here. RB Leipzig currently sit just four points behind league leaders Bayern Munich and with their star striker Robert Lewandowski out for at least a month, Leipzig have a golden opportunity to cut the gap here. Bayern though, well, Bayern are still Bayern and still have more than enough firepower to see off Leipzig. Four out of the last five meetings between the pair in all competitions have ended level though, will we see a winner? Let’s look for some value in the betting markets. 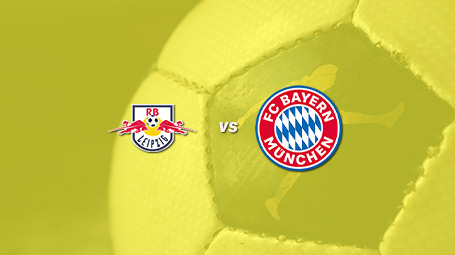 As we can see from the Bet Dynamo Insights Page there’s a couple of Blue Stats there but the odds are extremely low. It’s really just a sign of how good both teams have been this season that there’s still value to be had on odds that are so low.

Both teams will have players returning from international duty but two large factors could play out here. First of all for the home team they don’t have as many internationals as Bayern do. Secondly for Bayern, Thomas Muller has retired from international duty and has now had around a week or so to train with Eric Maxim Choupo-Moting since Lewandowski’s injury was announced. However, Muller has only scored two goals over eight appearances against the Bulls, Choupo-Moting has never scored against him. To add to manager Hansi Flick’s headache Serge Gnaby has really stepped up of late, scoring five over his last seven matches for club and country and has four over his last night against Leipzig. We think Flick will start with Gnabry as centre forward with Muller in his usual space-finding role behind.

Bayern have scored an incredible amount of first half goals this season, a total of 37 FH goals, 17 of which were away from home over 13 away Bundesliga matches. As you can see from the above stats that translates as a FH goal in almost 85% of their away league matches and have been winning at halftime in almost 54% of away Bundesliga matches. Currently, you can back Bayern at odds of around 3.0 to win the FH. With such an incredible record of scoring FH goals we think it’s a good option to explore.

While both these teams obviously score loads of goals, Leipzig have 48 over their 26 Bundesliga matches, Bayern have a staggering 78 many punters will be looking at the Over 2.5 and 3.5 Goals markets. However, from the earlier image above we can see that there’s no value to be had in the Over 2.5 Goals market. However, there’s more than one way to skin a cat.

We can see that both scored a high amount of SH goals at home/away. It stands at almost 77% for Leipzig and at nearly 62% for Bayern and we can see that Leipzig scored 1.0 goals and Bayern score 0.85 goals on average per SH of their home/away league matches. We can exploit this by backing Both Teams to Score in the Second Half, which, at the time of writing, is currently available for around 2.55.