Despite what their League One positions would suggest, MK Dons come into this match in the better form. They’ve won their last three matches in-a-row while Doncaster have failed to win any of their four most recent fixtures. There’s some healthy-looking Blue stats on our Insights Page, can we look for even more value in this MK Dons vs Doncaster matches? 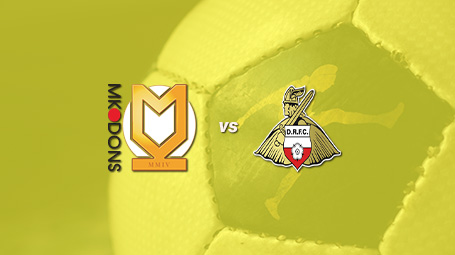 As stated above, the home side are coming into this match in the better form and looking at just their home League One form alone they’ve won three of their last five, drawing one and losing one. Doncaster Rovers have won one, drawn two and lost two of their five most recent league matches. Their away form has seen them go without a win now over all six of their most recent fixtures on the road. They are, at least, regularly scoring and the Insights Stats for Both Teams to Score are just three points away from being in value.

With percentages like this you’d expect a few goals here. As we can see Both Teams to Score has landed in 72% and 62% of home vs away matches for both sides and the both rarely keep a clean sheet in their respective home/away matches and, even better, they rarely don’t score in matches. Those odds though on BTTS are just a bit too short at the time of writing.

One way to exploit this though is to go with a potential bet that some bookmakers offer, BTTS: No Draw. This bet means that you’re backing both teams to score but that the match won’t end in a draw. With Doncaster in such terrible away form and MK Don on an upswing we might be able to cash in on all of these stats combined here, especially when we consider that Doncaster Rovers have only had two away draws all season over their League One matches.