Lyon welcome PSG to the Parc Olympique Lyonnais on Sunday night for a match that may well have a hugely significant impact on where the Ligue Un title ends up this season. Current leaders Lille are three points ahead of both clubs on 63 points. PSG are in second thanks to having a 13 goal lead over Lyon. It could well be a very tense match with both teams desperately needing the win to keep the pressure on Lille. Can we find some value in the markets? 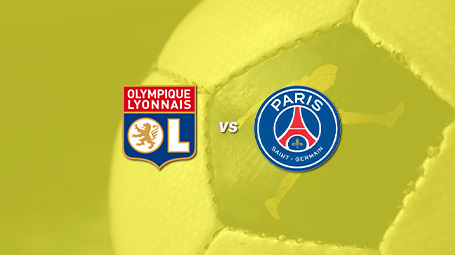 There’s some Blue stats there showing that there’s some value in backing a First Half or Second Half goal. We can see that both teams start very strongly out of the traps at kickoff. Lyon have scored in the first half in 64% of their home matches and PSG have scored a FH goal in 71% of their away league matches.

Four of the last five meetings between the sides here in all competitions saw at least one FH goal scored as well so you’d really expect one here again. The odds won’t start off great though so we’d suggest watching the first 15 minutes or so before deciding on parting with your stake. Of course, if it starts off flat and cage-y then you’re probably better off waiting until the second period of play.

Hopefully we’ll see a few goals here, Lyon are averaging just over two goals per home league match while PSG are averaging 2 and we can see that both sides have scored more than 1.5 goals in around 64% of their home and away matches.

The current odds on Over 2.5 goals aren’t great but if it’s 0-0 at 20-25 minutes and the game is flowing then it might be something to consider inplay.