Manchester United welcome West Ham United to Old Trafford on Saturday evening for what will be the 172nd top-flight meeting between the pair, the 86th at Old Trafford. The Hammers have a terrible record away at Old Tafford though and haven’t won there since 2007, a run of 16 matches in all competitions, of which they’ve lost 11. Let’s have a look for some value in the betting markets. 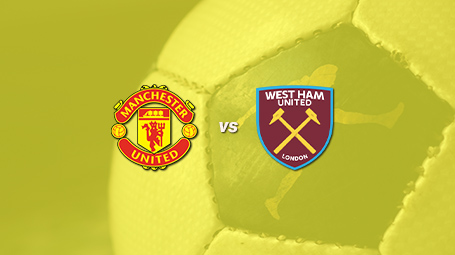 Manchester United can’t really publicly admit that the league title is gone and even though they pulled off the near impossible in beating Manchester City away from home last week there’s just too much ground to make up between them and the league leaders at this stage of the Premier League season. West Ham are having one of their best ever seasons, it’s been quite contrasting to read things like the reason why Liverpool have been doing so badly is because they’ve had no fans to roar them on while for West Ham they’re doing better because they don’t have their fans moaning at them. Makes you wonder what will happen next season.

Regardless, West Ham come into this match, their third away match in-a-row, neither of which they won and they’ll be looking to make amends. They can leapfrog Chelsea above them in fourth with a wn here, although that does seem rather unlikely.

Both teams score a decent amount of their goals in the first half but for a combined percentage of 62% we’d need the odds of Over 0.5 FH goals to be at least 1.62. At the time of writing they’re around 1.36 so, as we often say on these pages, watch the match and get a feel for it, it looks like there’s going to be a goal, get involved inplay but don’t pull the trigger unless the odds reach a value price.

Indeed with this one we’d more than likely wait until half time, unless both teams came out of the traps pretty strongly, as there’s a far higher percentage chance of a goal coming in the second half. We’d be looking to lay a 0-0 scoreline around the 50-55 minute mark and cashing out once the goal comes.

The stats would indicate we’re going to see a few goals here too with both scoring a conceding a fair amount. Add to this the fact that six out of the last seven home PL matches at Old Trafford for Man United have seen Over 2.5 goals occurring. It has also landed in four out of the last six away West Ham matches. The stats aren’t indicating value at the time of writing but it could become an option inplay as well.