Milan might have a few tired legs in their Starting XI after their midweek Europa League draw with Manchester United but they’re not going to get much rest here against Napoli. The home side are still in with a fighting chance of landing the Serie A title being just six points behind Inter at the top of the table. Napoli though are in pretty decent form, they’ve lost just one of their last five league matches. Let’s have a look for some value in the betting markets here. 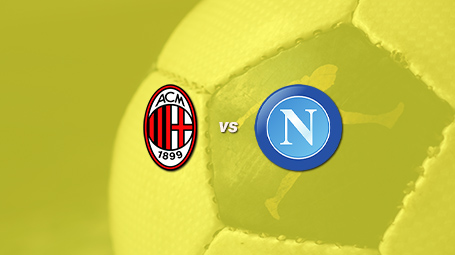 Is it too late for Milan to mount a title challenge against Inter? The home side had led the Serie A for much of the season but Inter never let them out of their sights and overtook them a few weeks ago. Their home form is quite good, over their last 15 home Serie A matches they’ve lost just four, winning nine and drawing two.

Napoli seem to have put their bad form behind them and have now won three of their last five league matches. Away from home their form is bad though, they’ve won just one of their last five, drawing one and losing three. They did however, score nine goals over those five matches.

The five most previous meetings between the sides at the San Siro have been pretty drab affairs with both teams winning one each and three ending all square.

It’s a shame that the Insights stats aren’t showing any value for Over 2.5 goals, at 68% it’s just short of the 70% to give us a Blue Stat. However, the implied percentage odds for something occurring 68% of the time should be 1.47, adding in a bookie’s overround and it should be around 1.55 or so. So, we’re still getting value odds at 1.91 here. Especially since both teams are scoring almost two goals per league game and conceding around 1.5 goals per match as well.

With two sides who love going forward so much the corner counts are going to be pretty high. The current odds in the Over/Under corners markets aren’t great but Milan are averaging over seven corners per home league matches while Napoli are averaging 5.5 per away match. The totals are quite high at almost 12 and nine respectively so yes, the odds won’t start off with any value but if you’re watching the match it might be something to exploit inplay,