The second league Klassiker of the season takes place on Saturday evening and Bayern Munich can take an important step towards landing their 31st Bundesliga title. RB Leipzig are hot on their heels though, just two points behind them in the table and Borussia Dortmund will be looking to do them a favour here. Not only that, Dortmund find themselves outside of the Champions League places and need to get back into the mix. They’ve not won at the Allianz Arena since 2017, a DFB Pokal match, they have not won there in the league since 2014. Should we lump on Bayern, can we find some value in this match. 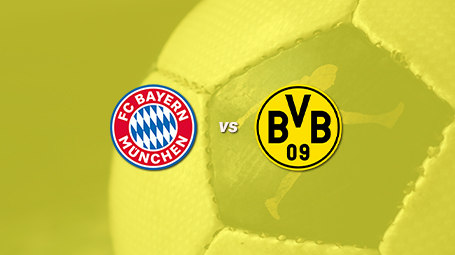 Plenty of nice Blue stats there meaning there’s value to be had. Unfortunately though the odds on these are pretty low. Depending on the type of bettor/trader that you are though you might be considering putting on or two of these picks into an Acca. So long as you’re getting value you’re on the right track but, as we’re written about plenty of times on these pages already, be wary of Accas because the more games you add into the mix the more value gets eroded. Make sure you’re getting value before parting with your money.

Let’s have a further look at the stats for this match. It’d be pretty fair to say that we should see both teams scoring in the second half here:

Both teams are in flying form when it comes to goals as well as you can see.

Bayern are averaging 3.82 goals per home league match this season while conceding a whopping 1.45. Bizarre to think that a team with such a leaky home defence are still likely to win the league. Unless, that is, RB Leipzig rally and beat the Bavarians to the league title. Should they do so the blame will have to lie with Bayern’s aforementioned leaky defence. #

Dortmund, largely thanks to their star striker Erling Haaland, have been scoring 1.92 and conceding 1.42 on their league travels this season but they’ve been held scoreless over their three most recent visits to the Allianz and Haaland is desperate to get one against the Bavarians here. The highest odds we could find for him to Score Anytime are available on the Betfair Exchange at 2.0 at the time of writing. He has six goals over his last five away Dortmund matches and while Bayern’s Robert Lewandowski is the favourite in this market there’s better value to be had on Haaland’s price.